The Benchmade Bugout is a folding knife that falls into the EDC category. Upon first look you’ll notice the Bugout is slightly larger than most EDC knives, but because of its light weight attributes its extremely easy to carry.

So while it may lack the style and size of an traditional EDC knife, it more than makes up for in durability and its ability to cut heavy materials.

Buy at BladeHQ
Buy at Amazon

Blade: 3.2 inch S30V stainless steel blade. The blade is suitable for cutting thin or medium thickness items like cardboard and suitable for daily household or outdoor tasks. Steel grade is considered above average and maintains relative sharpness for everyday tasks. Sharpening the blade will prolong use.

Lock System: The knife features a spring system that locks the knife in place during use and safely locks the knife down when folded. Safely opens with either hand and without danger of injury. Lock system is designed for quick and efficient opening and closing. The lock system on the Benchmade Bugout is a unique feature of many Benchmade pocket knives of the past few years.

Handle: The main body of the handle is comprised of plastic. The scaling on the knife is also plastic but is durable enough for the knife to be held with considerable force for more strenuous use without damage to the handle or blade of the knife. The length of the handle allows for a reasonably comfortable grip surface despite having no particular ergonomic features.

Modding: The knife is capable of being outfitted with different parts developed by different manufacturers. This is a unique feature for this knife as the availability of after market parts allows a good degree of customization as compared to other similar knives.

The main hallmark of this knife’s blade is the length. It compares nearly equally in ratio to the handle making it well balanced and easier to use. The blade is a standard drop point with a slight swedge, not overly wide or thick but light and good for cutting thin to medium materials.

Also good to use on the campsite for striking flint or scaling fish, not quite sturdy enough for picking up trout out of a stream but still fairly useful.

One point of issue I take with the Bugout is the choice of blade steel. While S30V is a good blade steel, and in comparison to the higher price of the Bugout I wish they would of went with a higher grade steel like S90V. The S30V handles common tasks well and is resistant to corrosion, but will require sharpening more often. The blade features a small choil for gripping but no jimping or serration on the back end.

The lock system for the Benchmade Bugout is a proprietary Axis Lock system, used on most of Benchmade’s knives, it features two springs which control a bar that when the knife is open holds it open and locked in place.

When the knife is closed the springs lower the bar and the knife locks in. The lock system is made to be opened one handed with either hand, simply pull down on the axis lock and flick the blade open.

The speed of lockup and deployment of this blade make it handy when you need to cut something in a pinch. The downside to the axis lock system is in the springs. They can sometimes fail and if one or both fail the locking mechanism becomes obsolete.

The blade can still be opened and closed manually, however, the lack of a safety locking mechanism may result in injury to the user should the knife close down while in use.

The entire knife weighs under two ounces and this is largely due to the handle composition. The entire handle with exception of the axis lock and thumb studs is made of plastic.

The weight reduction doesn’t sacrifice durability as the plastic scales can take a lot of punishment when bearing down on the knife and the blade can be gripped tightly for cutting denser materials without much worry.

The back end of the handle doesn’t have any additional features like some knives and the lack of aesthetic options may be a disappointment to some users.

The unique feature that sets this knife apart from others in its category is the addition of aftermarket modifications.

The Benchmade Bugout has garnered quite a following and as such parts manufacturers have developed a number of aftermarket parts to finish out the knife and upgrade the quality, including things like titanium or carbon scales.

The Benchmade Bugout seems to be by all appearances a no frills utilitarian EDC knife. The overall design is meant to make it an extremely lightweight knife that is fast and easy to use.

The knife is suitable for most everyday tasks and is useful when camping or going outdoors. The blade itself may wear down with use but should hold up to most tasks with occasional sharpening. The lack of details is made up for with the overall durability of the knife and the ability to add modifications extends its lifespan as a dependable EDC knife.

The thin and slim design of the knife makes it a good option to carry in emergencies such as in a first aid kit for cutting bandages or other materials. This is a good knife for those that don’t need a ton of flash or extra features but want a serviceable everyday carry knife. 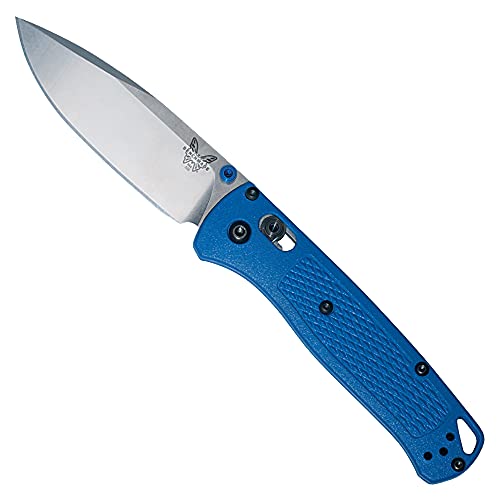 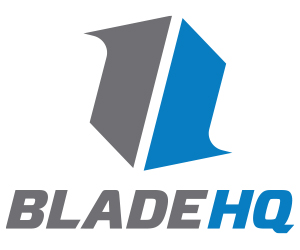